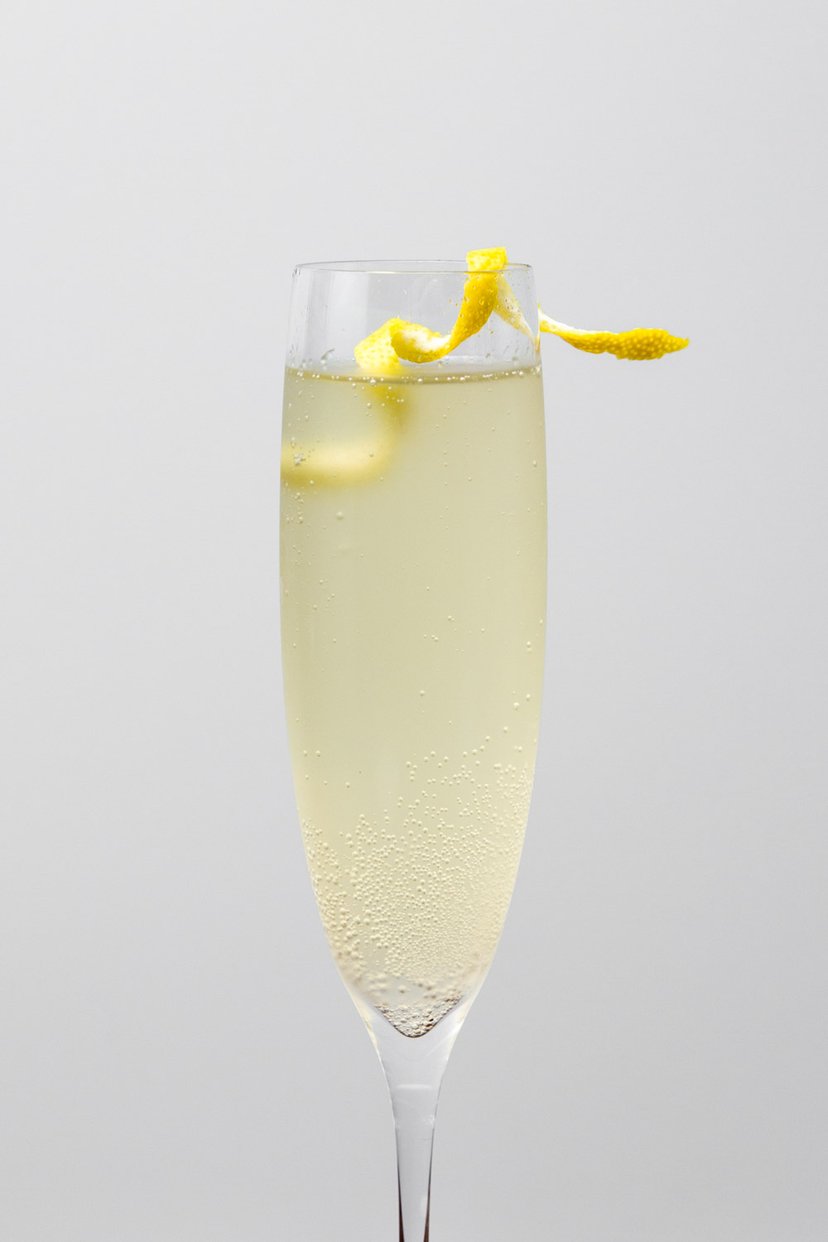 Combine gin, lemon juice, and simple syrup in a cocktail shaker filled with ice. Shake and strain into a champagne flute. Top up the flute with the Champagne and garnish with a lemon twist.

The French 75 is a classic cocktail that is basically mashup between a Gin Sour and champagne.

Champagne cocktails are awesome, and they're somehow socially acceptable to drink at 10am on a Sunday.Whether you're drinking it while eating french toast or while hanging out at your favorite bar, a French 75 is always appropriate.

The French 75 was named after the Matériel de 75mm Mle 1897, a 75mm artillery gun used by the French in both WWI and WWII. The story goes that the drink was made at a bar in Paris for soldiers on leave from the front lines and named after the gun. It was originally made with cognac, but gin was sometimes used and was what eventually persisted and became the standard spirit in the cocktail.